Our YouTube Channel will display some of the production videos and Trailers produced as part of the past productions from 2001.

The compilation is also available in an eBook format.

Silapathigaram Introspective was initially written by Elango Vadigal and in the presentation Kanagi, Mathavi and Kovalan are presented with different perspective and viewpoint about their intensions and actions are dissected as a theatrical presentation piece in simple Tamil effectively presented with dynamic theatrical techniques and language eloquence.   Avant Theatre as part of its signature presentation of Dramatic Stage Read will explore this theatrically enhanced manner.

Chandramukhi is an adaptation of Sarat Chandra Chattopadhyay’s novella, Devdas, and is also inspired by Sanjay Leela Bhansali’s 2002 film of the same name. As such, creative license has been taken with certain details of the original narrative to suit the purposes of this play.   Chandramukhi is an Original Script conceived from Avant Theatre’s Calvet 2015 series and later performed as Avant Theatre’s Dramatic Stage Read in 2019.  It is now being performed as a full length play due to audience demand. 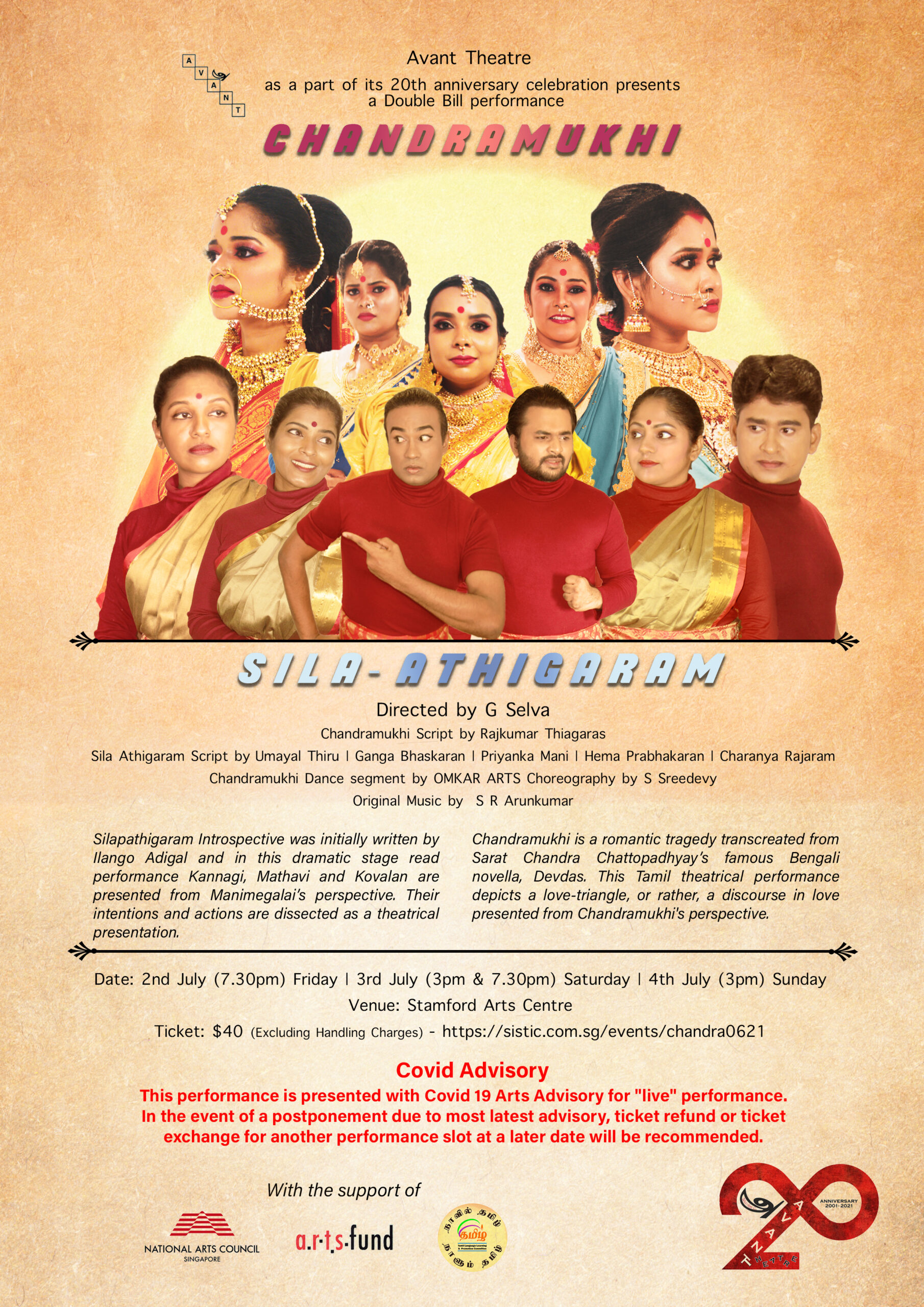 Abhimayu is the son of Arjuna, one of the esteemed Panadavas. The play traces the life of Abhimanyu who was fated to demise even before he was born but rose to fame as one of the greatest heroes of the Great Kurukshetra war. His charm, his humility and respect, his bravery, his skill, his honor and his sacrifice will be portrayed in this extraordinary journey of the young warrior. The play dissects the conflict of 3 unexpected players in his life and death Draupadi, the mother who never bore him, Karna, who never divulged that he was the brother of Abhimanyu’s father and the supremo, Lord Krishna, also the maternal uncle of Abhimanyu apart from the emotional journeys and angles of Uthara, Arjuna and the other Pandavas. How was Abhimanyu able to make the mark in the shortest time he had in Mahabharata and rise above the giants in the field? How did he earn respect from friends and foes alike? What led to the demise of this warrior? And what led to his everlasting fame, even after his demise? These are some of the questions examined in the play! 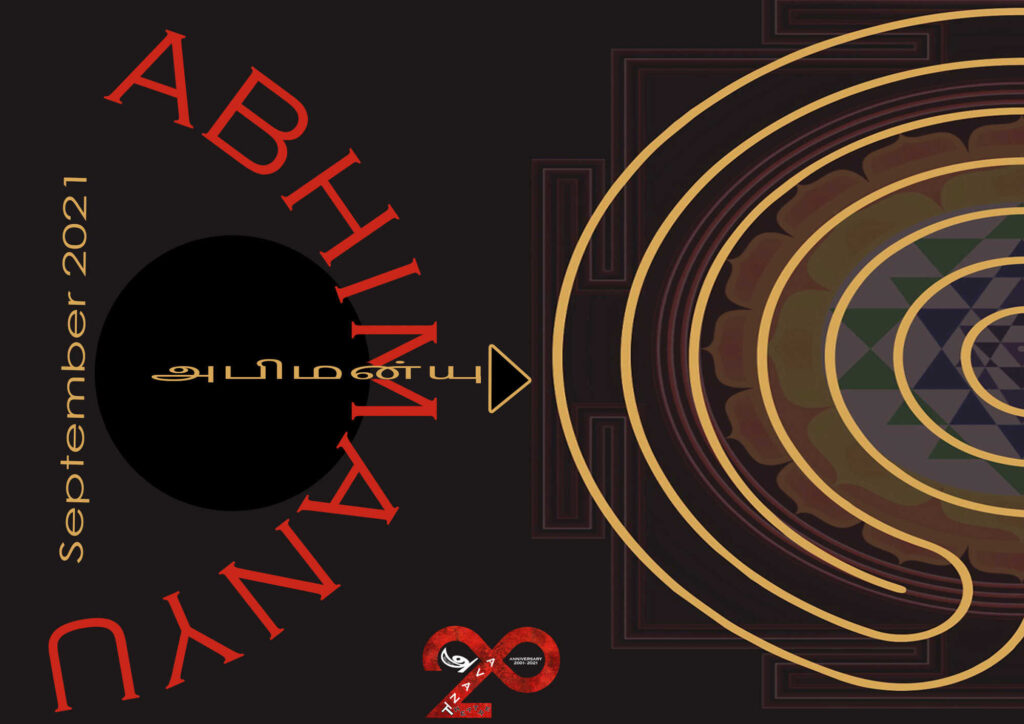 This E Book has captured Avant Theatre’s 20 years journey of all our Theatre Performances, Theatrical Events and Theatre Workshops pictorically.

Don’t have a ePub reader? You can use our recommended ePub reader for desktop thru this link.

We prepared 3 different versions for you to view our Coffee table eBook.

You can view our ePub copy on any device with your ePub readers.

View it on our HTML version using your browser on any device.

Lastly, you can download a copy in PDF version and view it online or offline on any device.

You can download PDF version of our eBook using links below.